A little late (okay, a lot late), mGBA 0.8.0 is finally available as a stable release. This is a major feature release and includes some highly anticipated features. Notably, the high-resolution OpenGL renderer for GBA games, BattleChip Gate support, interframe blending, and much more. Additionally, it includes over 50 bug fixes and hundreds of other changes. A preview of the features follows after the cut, along with a full list of changes.

The most anticipated feature of mGBA 0.8.0 is the high-resolution OpenGL renderer. With this enabled the GBA screen is rendered on the GPU instead of the usual software rendering, which allows scaling up beyond the usual 240×160 resolution without thrashing the CPU. With a good GPU it can even render at 4K resolution. This lets rotation and scaling effects look much cleaner and allows the “mode 7” effect to be even more impressive. 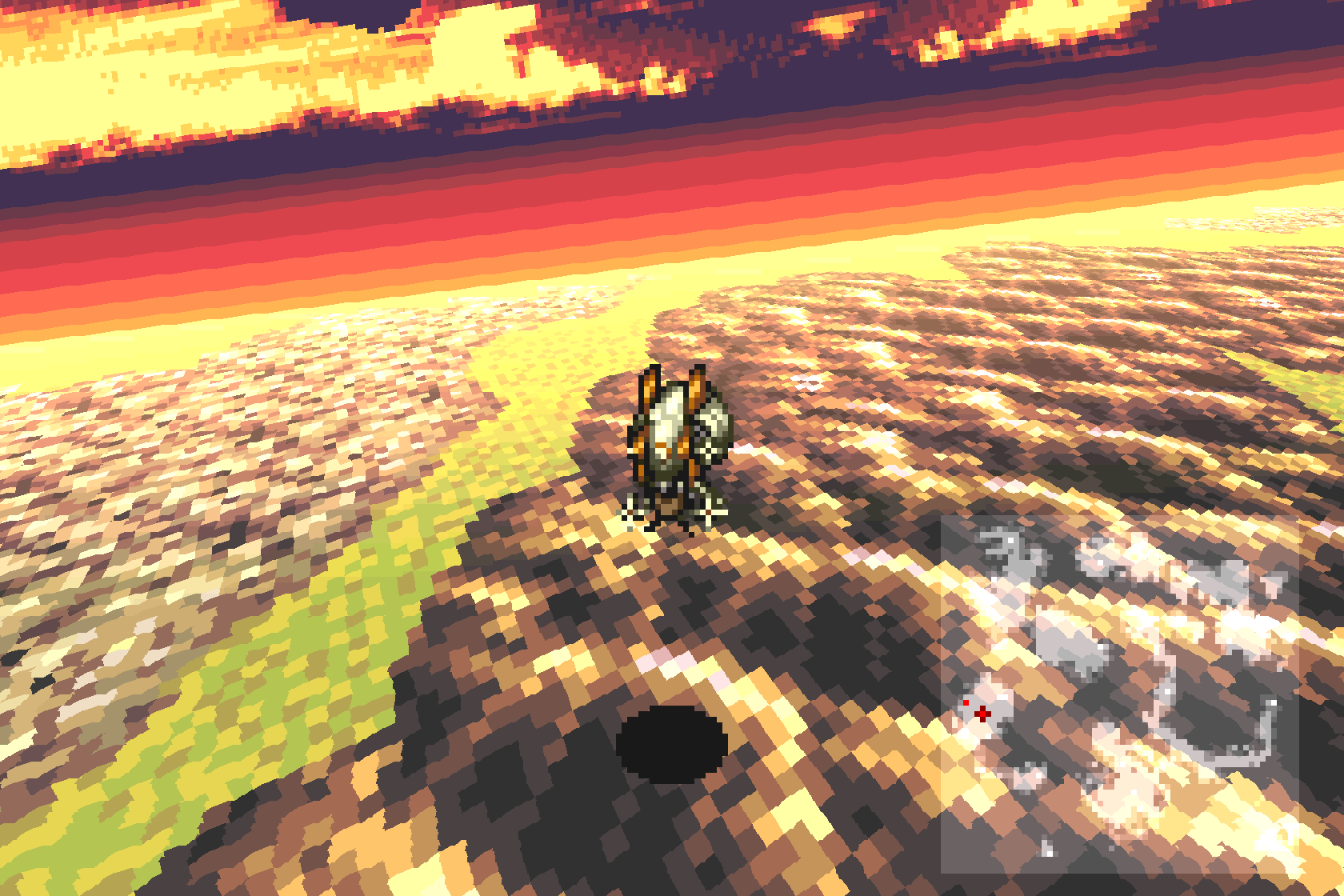 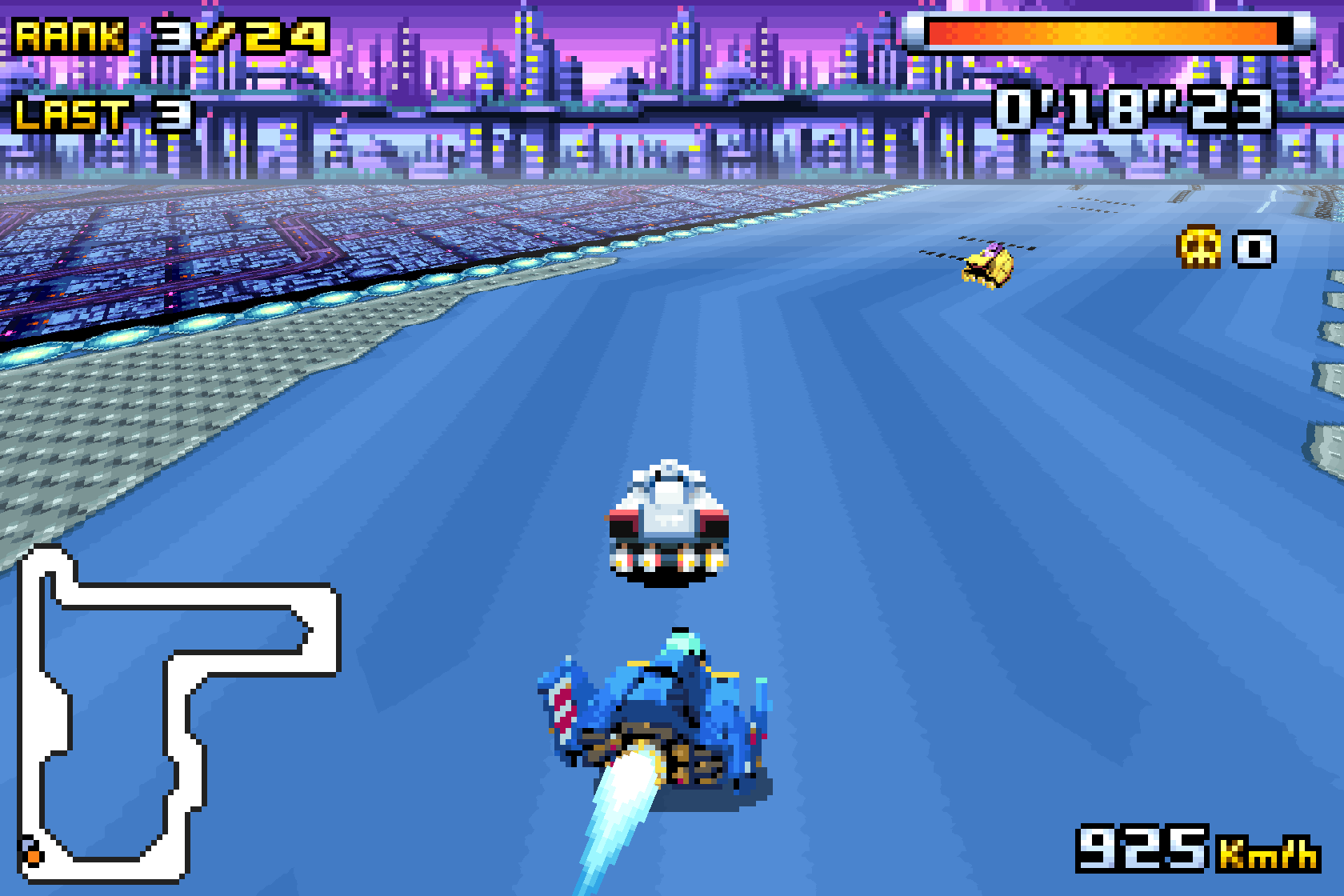 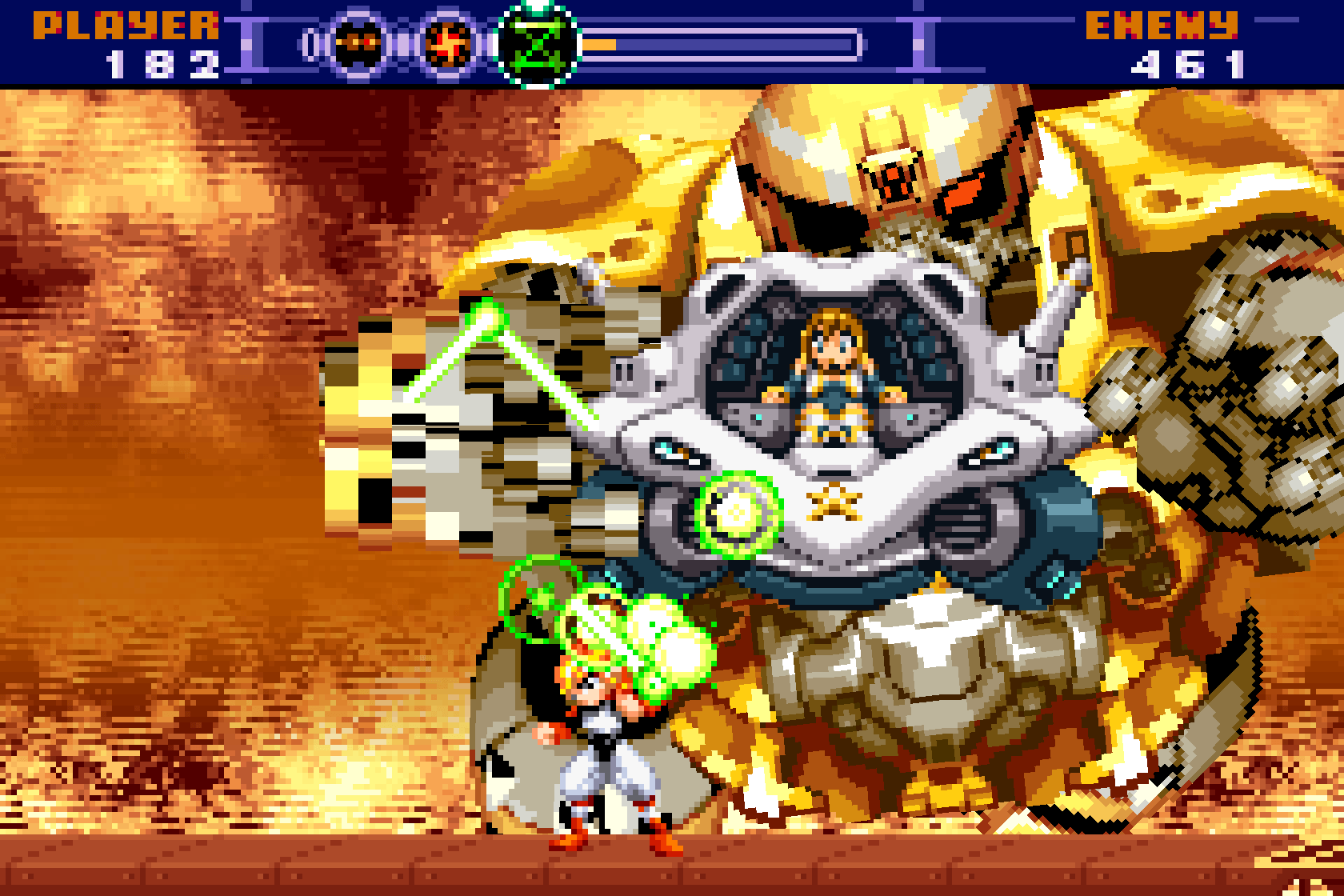 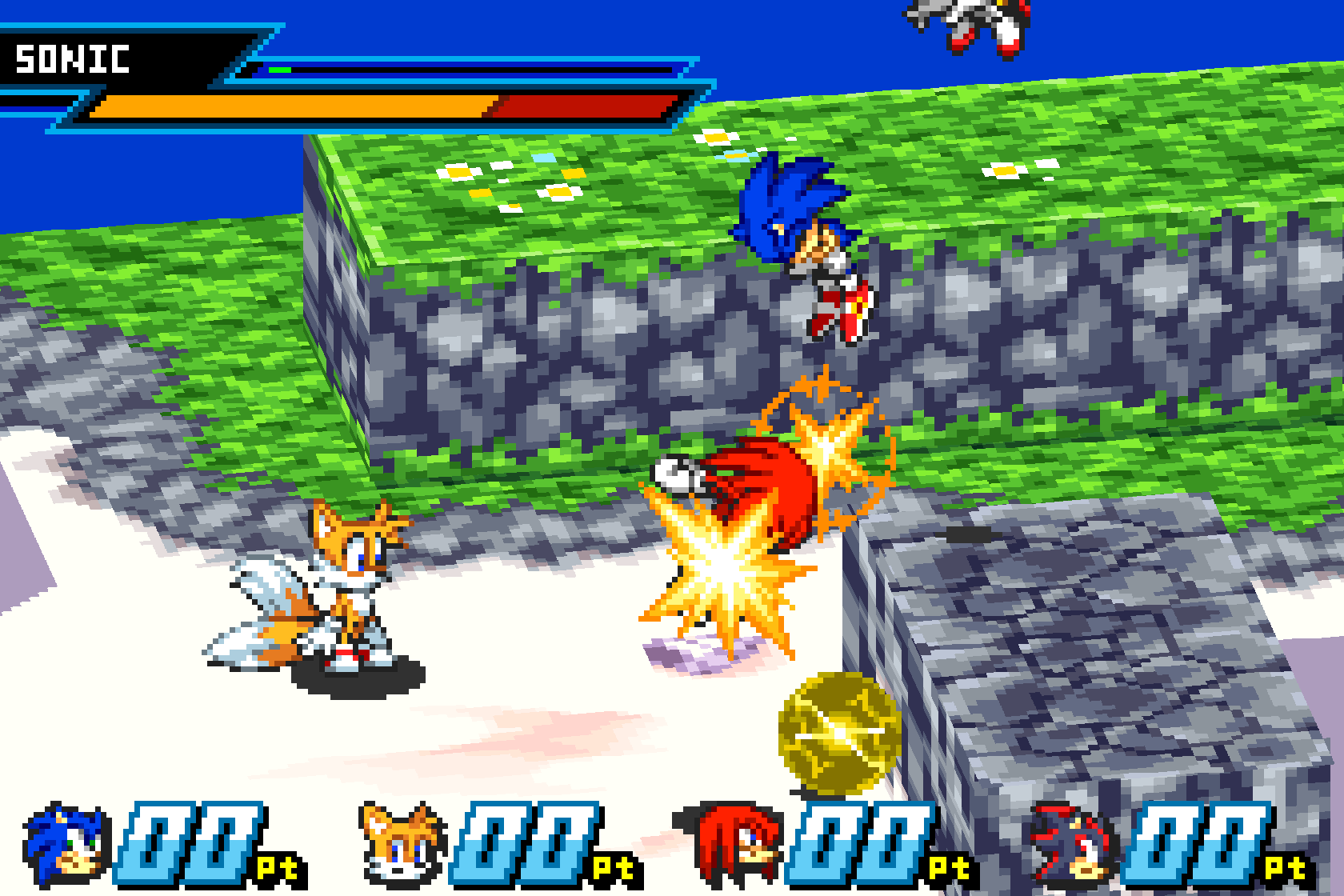 The high-resolution OpenGL renderer is available on Windows, Linux, macOS, and Switch. Enable it under the Enhancements pane in Settings. Performance improvements and bug fixes are expected in future releases.

The BattleChip Gate (and associated Progress Gate and Beast Link Gate) are long unemulated peripherals for the GBA. They hook up to MegaMan Battle Network 4, 5 and 6 respectively and allow access to the Operation Battle minigame, as well as using chips in-game. Apart from use in multiplayer, these peripherals are fully supported in mGBA 0.8.0. Just open the BattleChip Gate dialog, under Emulation, before the title screen comes up to use them. If inserted too late the game may not recognize it and you’ll need to reset. 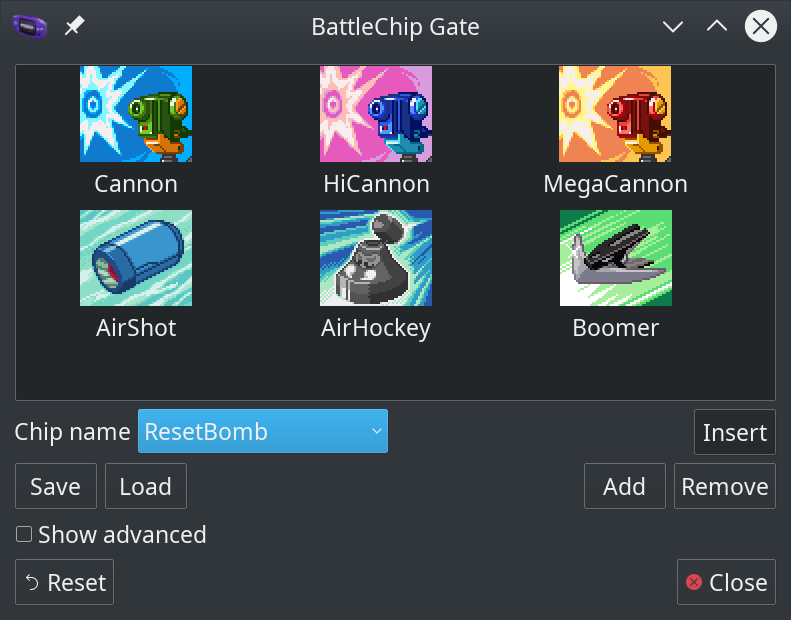 The first time the BattleChip Gate screen is opened it will prompt to download all of the BattleChip icons. This is optional, but recommended. After opening the dialog you can select a deck of chips you want to use and simply click on them to insert them. 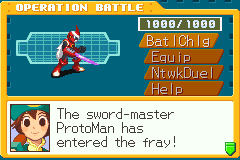 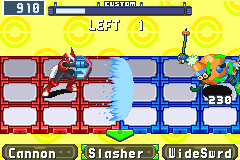 A common effect on the GBA is to do every-other frame flickering. While this is not a new effect by any stretch of the imagination—games have been doing this for decades—it only works well on screens with ghosting. On old console games this targeted phosphor fading on CRTs, whereas on the GBA it targets the LCD panel’s ghosting. However, most modern LCDs have a much better response time, and sometimes the framerate isn’t perfect, leading to visible flickering. As such, a long-standing request for mGBA has been interframe blending. While ghosting has been possible for some time now with shaders, it was never single-frame and baked into the frontends. In mGBA 0.8.0 every official port received a single-frame interframe blending feature. Some examples of the effects of this feature are seen below. 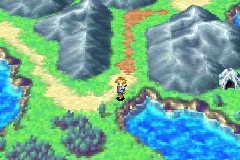 In this example, Golden Sun jitters the world map to provide a temporal anti-aliasing effect.

Many games flicker parts of the screen to create a semi-transparency effect. Here F-Zero: Maximum Velocity flickers the minimap.

The new frame inspector feature in mGBA 0.8.0 allows for advanced dissection of rendered frames. By replaying the rendering of a single frame with settings tweaked it lets users figure out which component of a screen is rendered where on the screen, disable specific layers, or even select sprites. Disabling scanline effects also lets users see tricks that a game employs for more advanced scenes. These tweaked versions of a frame can be exported to a PNG if desired. 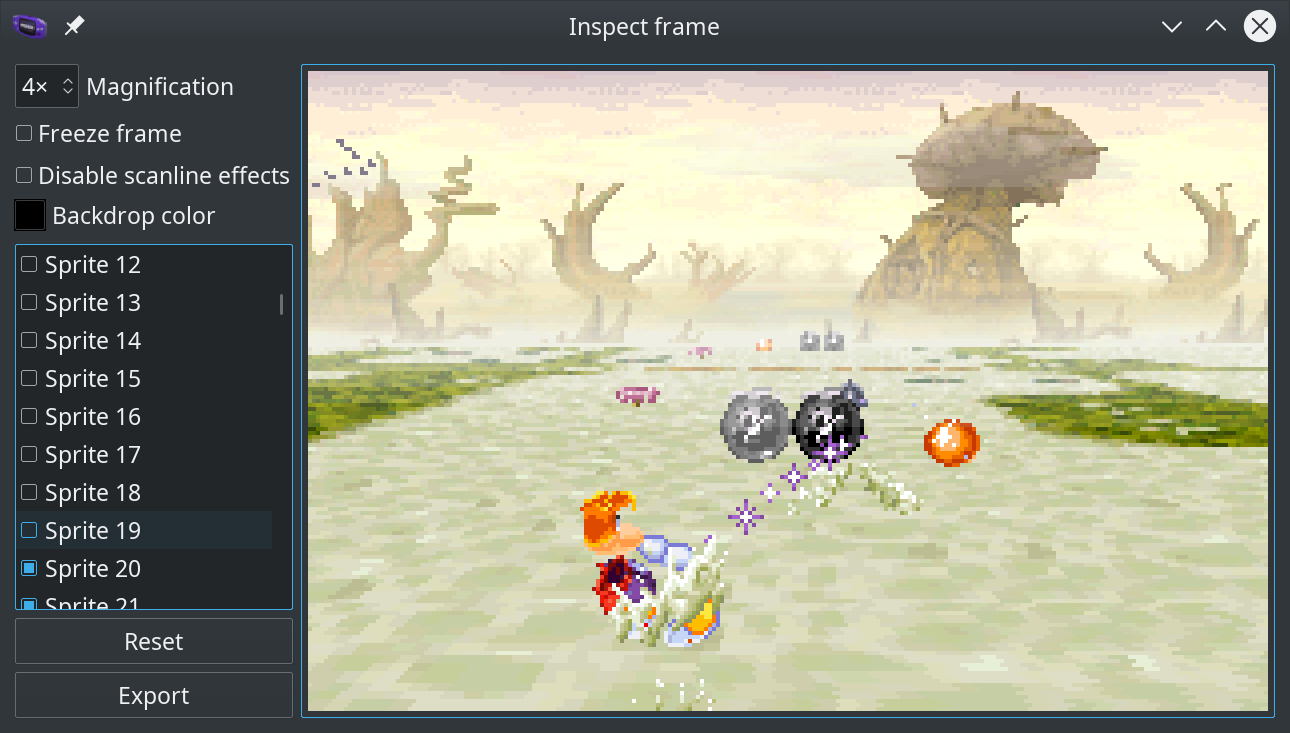 The frame inspector showing off a highlighted sprite and several HUD sprites disabled.

Currently only GBA games are supported in the frame inspector. GB/C games and more tweaking features will be added in later versions of mGBA.

Some smaller and experimental features were also added in 0.8.0:

Get it now in the Downloads section. Binaries are available for Windows, Ubuntu, macOS, Nintendo Switch, 3DS, Wii, and PlayStation Vita, and the source code is available for all other platforms.

If you enjoy using mGBA and wish to give back, there is a list of ways to donate on the donations page, including an mGBA Patreon.